Madame RavenRae was tired of her boyfriend for being a loser. She tried to encourage him but he did not do anything about what she told him. She had one last trick up her sleeve and if that did not work out, she was going to break up with him. So she brought another man home and she cuckolded him as she made out with the guy while her boyfriend was made to lick their feet. He was so jealous he did not want it to happen again and he changed.

Mistress Limel cuckolds guy with a crush on her

Mistress Limel was not amused by this guy. She knew he had a thing for her and she had tried to tell him off but he was persistent. She was not pleased with him and to send a message, she invited him to her house and she made him lick her feet and those of her boyfriend. The two of them spat on him and even choked him by inserting their feet in his mouth.

Lady Krasaviza wanted to break up with her girlfriend. She brought another man and surprised her. She forced her to lick his feet and she did. She then forced her girlfriend to lie down and lady Krasaviza trampled her while making out with him. She then had him lick and suck his dick as she watched and they humiliated him for hours. They fucked and made her lick the used condom.

Goddess Lilith wanted to punish her man in a way he would understand. She had tried to use other ways to get to him but she did not manage. So she turned him into a cuck. She had fun with another man as he watched and she also degraded him by making him lick the feet of the other man. The two of them also spat into his mouth and he swallowed it.

Mistress April turns her boyfriend into a cuck

Lady Karame found out that her boyfriend had cheated on her and she was pissed. She planned how to get back at him and she settled on cuckolding him. She tied him up and brought another man into the house and she made the other guy piss on his face. She also told him to suck the other man's cock. She humiliated and degraded him cruelly and taught him a lesson. She then made out with the guy as her boyfriend watched. 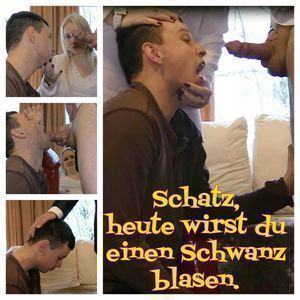 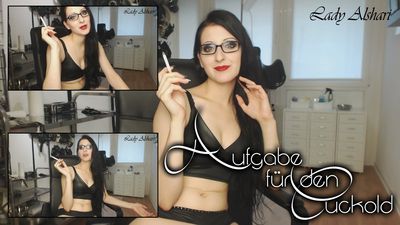