All articles tagged with "Sexy Ass"

Mistress Gaia was fed up with her boyfriend making her feel less of a woman than she was. He was always putting her down and she was fed up. She chose to test him. She brought another man to their house and she fucked him as he watched. She made him lick her feet and she slapped him too. He could do nothing as the other guy was muscular and strong. He clearly felt jealous and he apologized to her and never put her down again.

Mistress Doertie loves to make easy money. She knew this guy was into her and she wanted to financially dominate him. So she got together with him and she turned him on. Then she asked him to watch her fuck another man. He refused and offered to make the other guy disappear by giving her some money. She agreed and instead of fucking him, she gave him jerk off instructions. 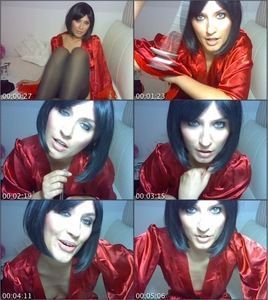 Mistress April turns her boyfriend into a cuck

Mistress Candy Alexa does not like to beg for attention. When her boyfriend did not give it to her, she got it from someone else to teach him a lesson. He found her chatting and flirting with someone else. She was even undressing for him and posing naughtily for him. He was pissed as she was cuckolding him and he never thought it would happen to him. But he learned his lesson.

Goddess Valerie was not happy with her boyfriend so she punished him using her feet. She turned her boyfriend into a footboy and made him lick her feet as she chatted with another guy and told him all about her footboy and he even suggested what she could do to him. She told him how she loved his muscular body and how she would love to ride him and his big cock as her boyfriend listened.

Buy this video at Yezzclips.com now!